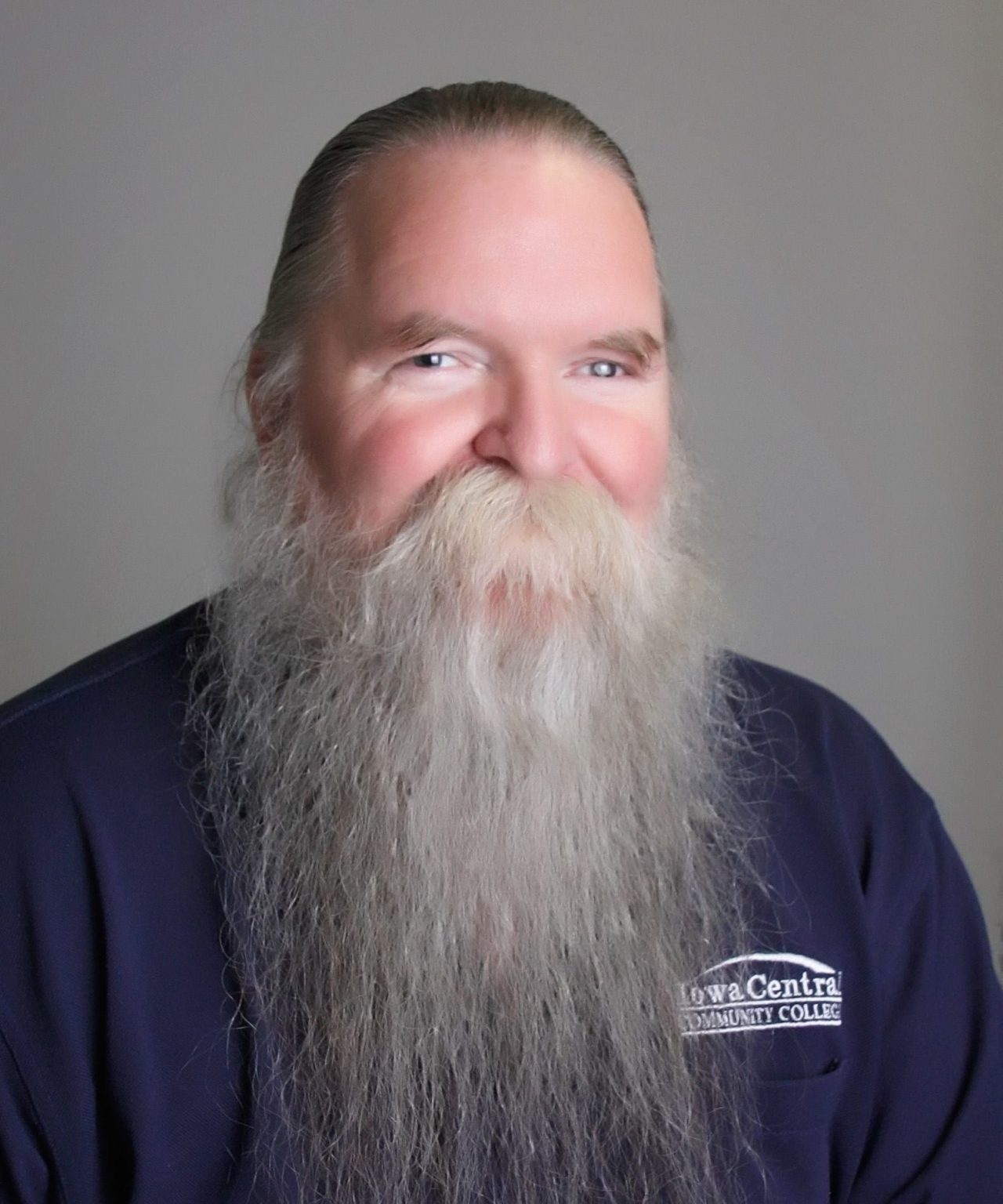 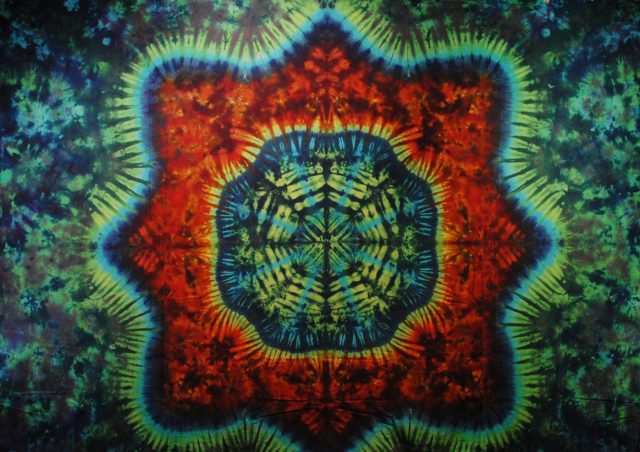 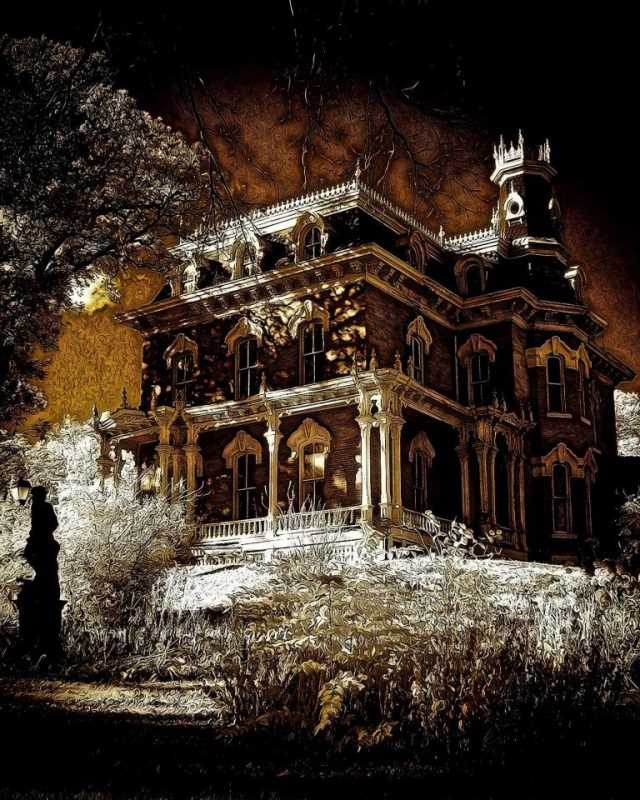 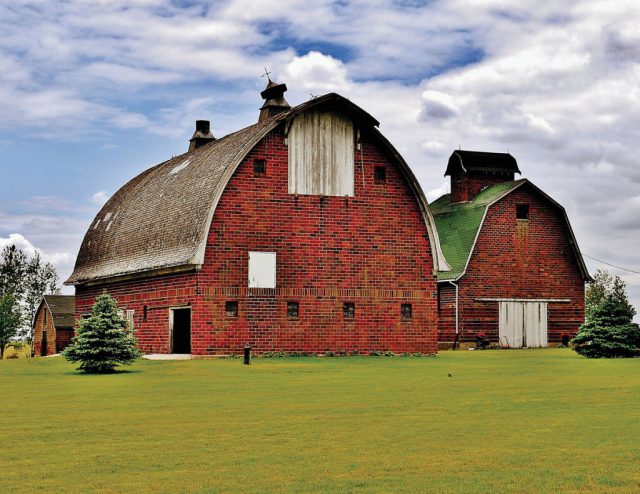 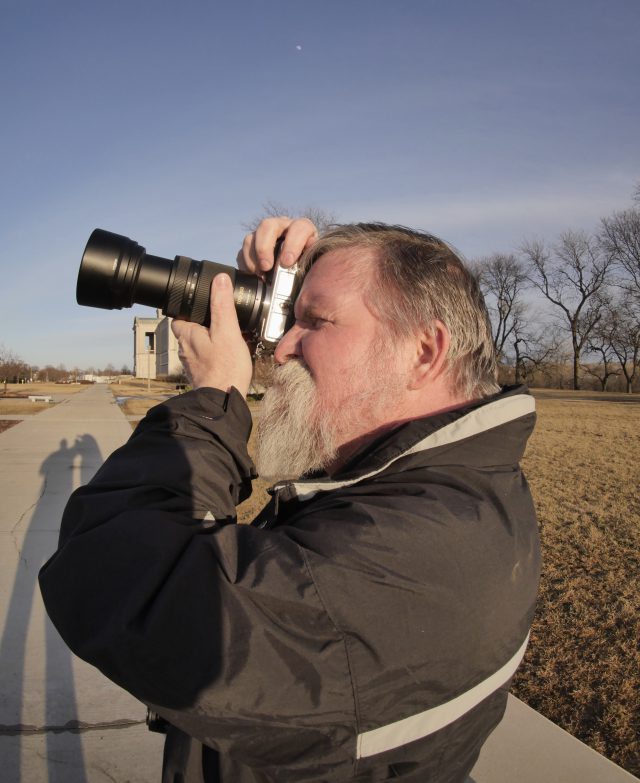 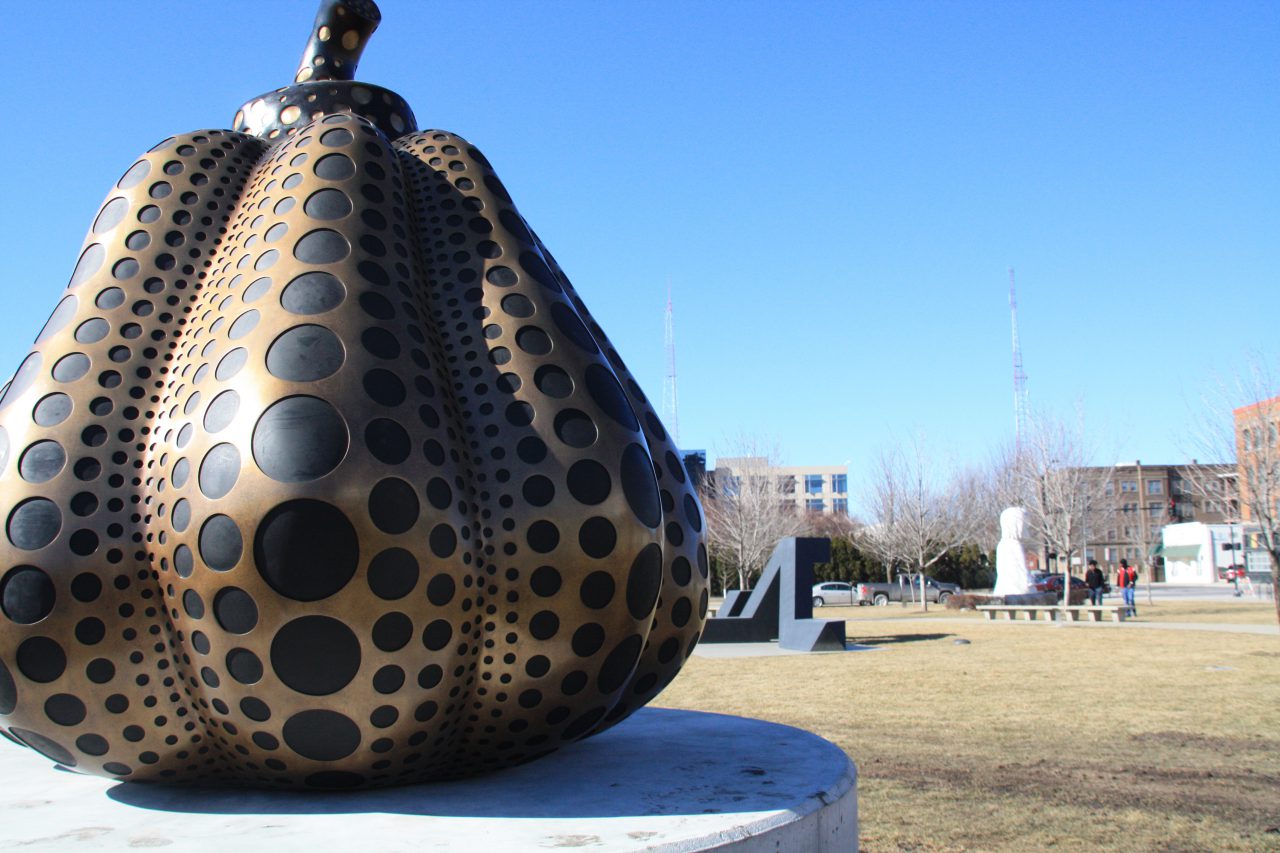 One new exhibit at the Pappajohn Sculpture Park was the long-awaited, bold “Pumpkin Large” sculpture by artist, Yayoi Kusama. The sculpture is of a bronze pumpkin with dot pattern running up every side. The 8-foot pumpkin sits on its own pedestal, near the “White Ghost” sculpture and faces the new Kum and Go building that is still under construction.

The next stop was the Des Moines Art Center. There, the students were able to roam freely through the museum’s halls. Unique exhibits such as the Wanderlust exhibit showed video pieces in dimly lit rooms and projected onto the walls, which gave the feeling of being there with the artist as they captured everything. The John Brady Print Gallery was used to feature the Fink/Winogrand photographs of black and white print film. As film noir was an assignment introduced to some photography students, the Fink/Winogrand served as great inspiration.

The spring trip was a great experience for many students to get introduced to painting and sculpture art. The Visual Arts department hopes trips like these will inspire students to continue to be interested in seeing things creatively. 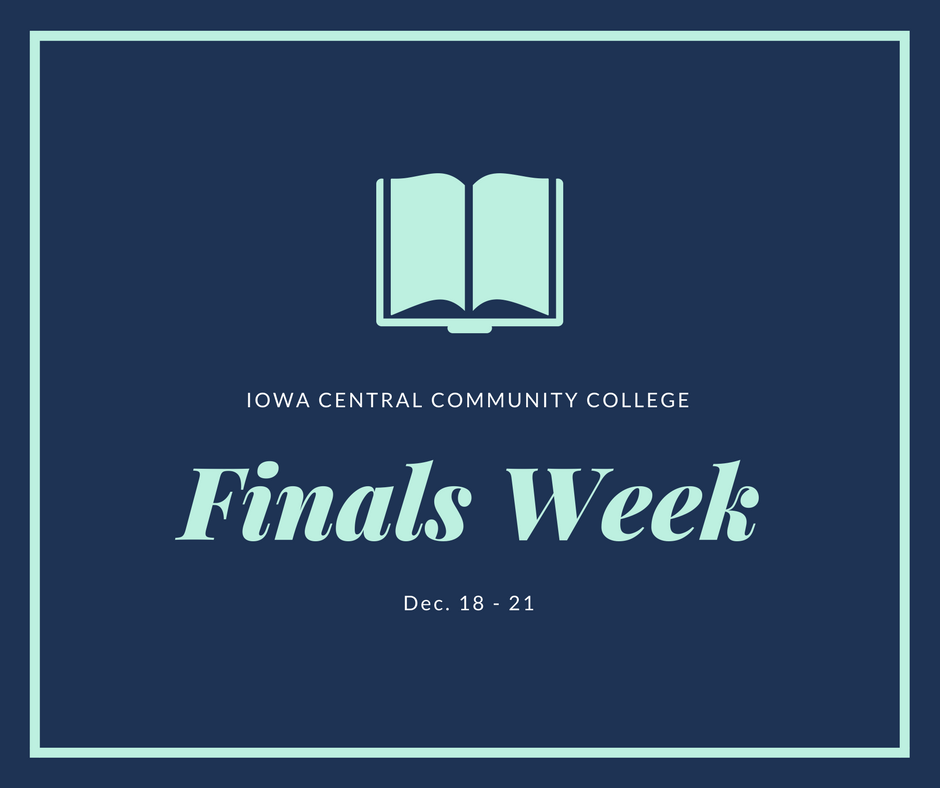 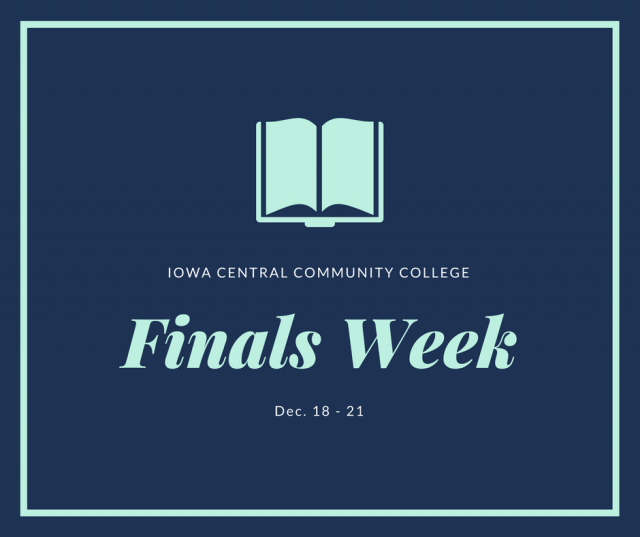 The worries of finals week are soon approaching students. With the fears of what finals will bring, students can easily become overwhelmed with all the studying and cramming. Failing or not doing so well on tests are two of the biggest fears students have. Iowa Central’s Mental Health Counselor, Kelli Reuter, advises students that finals are not as bad as many think.

“You have to think: is it going to be important in 5 years? Even though it is important right now, in the long term, one grade is very small,” said Reuter.

There are things students can do to prepare for the craziness finals bring.

SLEEP. Sleep is very important to perform well throughout the day, especially on a test. No late night cramming, which is something students sometimes believe will help them remember the material better.

Prepare ahead of time. Cramming all the highlighted and written notes the night before will not help you remember them. Set time aside throughout the week for studying; doing this will help as you will have more time to go over your notes and have less stress the night before your test.

Eat right. It is easy to just grab something quick in the morning and go, but eating a good, healthy meal is essential to doing well. It gives you more energy, allows you to focus more, and staves off hunger. Drinking lots of water to stay hydrates is a good idea as well.

Maintain physical activity. Even though studying will have you busy, try to get some exercise into your day. It does not have to be a lot; thirty minutes to an hour can make a big difference. It will help you feel better and more energized to get things done.

Iowa Central also offers activities to take the students’ minds off studying. More information will be sent out to students via text message about the upcoming events. For right now, the activities this year include:

These activities brought in a lot of people and good feedback from students that attended in the past years. Students benefited from this as it gave students a break to relax and be around others. Study Buddies was a popular day as cats and dogs were brought in for students to play with.

Reuter is also available to anyone that needs help with this stressful time. You can reach her at: 515-574-1051 or by email at reuter@iowacentral.edu. 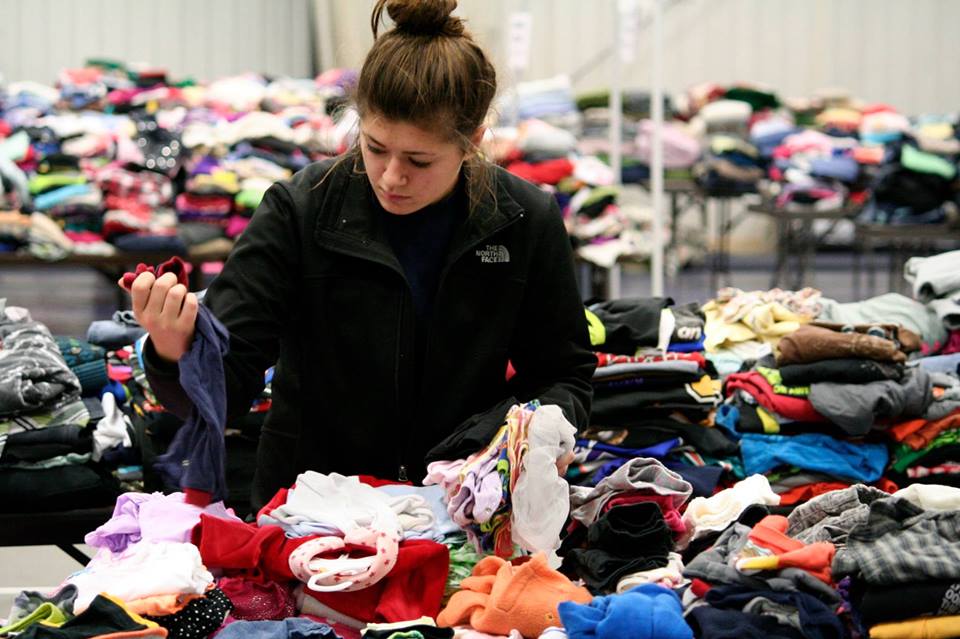