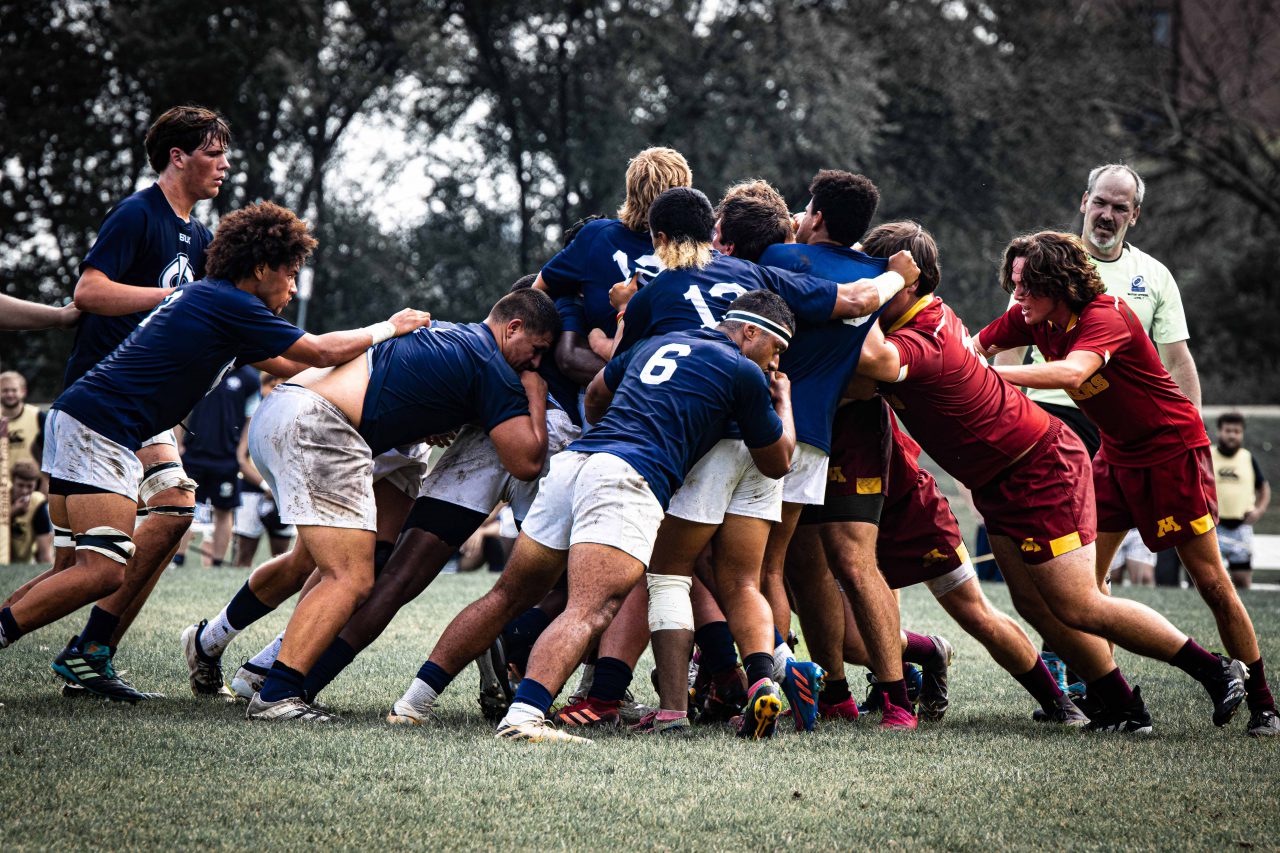 If you haven’t watched or heard about this sport, let me explain the rules and how to play. There are multiple different types of rugby; here at Iowa Central, we play 15s and 7s rugby. The rules stay the same, the number is how many people are on each side. The basics are, well, you know, pretty basic, you pass the ball backward, tackle low, run forwards. Unlike in football, there are no timeouts as each half is 40 minutes long, plus maybe a couple of extra minutes at the end of each half running a continuous clock. The only way a half ends is if one of the team’s scores, an offensive penalty is committed or either side kicks the ball out of play. The Triton rugby season is almost over, and with the hot start they had, the team has since cooled off after losing the last three games. Although the recent losses were against very good schools, the Triton rugby team believes they can show the nation that they can compete for another national title come playoff time. The team has very high spirits going into the next couple of weeks, with two conference games in the next three weeks against Wheeling University and Aquinas University. The Tritons know that these are two must-win games to be able to get a playoff bid. The team is 1-2 in conference play right now, losing to Thomas Moore and Adrian, with the only win coming against Marian University.The Tritons started off their season hot, going 4-0 to start the season with wins against Iowa State, Marian, Nebraska, and Minnesota. At the start of this season, the Tritons looked very promising for a title run but don’t count them out just yet. The Tritons still have some games to prove themselves, but it will be a tough task considering one of the games is against #2 ranked Lindenwood who is a very fundamentally sound team, and they always have been. The Tritons have always had a tough time playing them as they are always one of the top teams in the nation and the Tritons are a class above them, with the Tritons being NCR Division 1 and the Lindenwood Lions being Division 1-A. If you do not know much about collegiate rugby, there are 3 different classes in Division 1. There is Division 1-A, NCR Division 1, and Division 1-AA, with conferences built into these separate divisions.
These Triton players don’t want to make excuses when it comes to playing fourth and fifth-year players, as Iowa Central is only a two-year school. They don’t want to go out on the pitch thinking they will lose because they are playing against people a lot older and more mature than them. Freshman Lock Liam McGargill said this “ If we go out every week and make excuses about them being a four-year program, then that doesn’t get us anywhere in college or in the real world when we graduate and move onto bigger and better things. We’re where we are at because of maturity level, these coaches put everything on the line for us, and we just aren’t mature enough to do the same for them.”“This team has a lot of potential from what I see in practice and when I watch the film. Everything the last couple of weeks has been based off of our maturity level is lower than theirs. A lot of mistakes happen within the 80 minutes we are playing, and we let those mistakes affect us a lot more than they let their mistakes affect them, and it’s causing the other team to go on big scoring runs that we can’t come back from.” said Freshman Prop Devyn Farrell. The Tritons believe in themselves in the upcoming games. Be on the lookout for the Tritons to make a late playoff run this year as we’re nearing that time.
Post Views: 83

previousTritons Defeats Dutch in Their Home

nextYankees vs. Guardians - By Donnie Tucker