Students let out their creativity on Thursday, August 20th by creating street signs. Students were welcomed to the SRC and prompted to fill out a slip of paper. 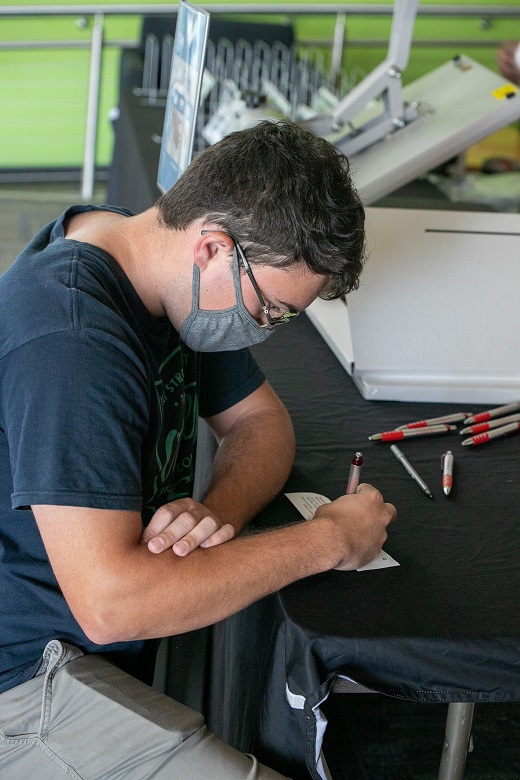 Tanner Raine fills out the slip of paper for his sign to be created. 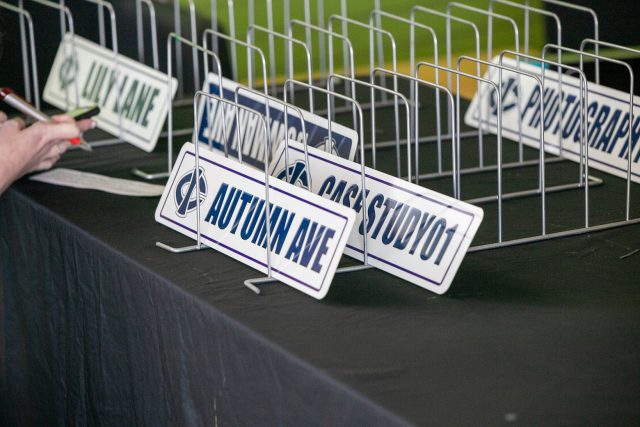 Next, they had to decide their word or phrase of choice. The most popular choices included dorm room numbers, majors, names & nicknames, and so much more!

Freshman Daniele Bears and Abigail Dalebout pose with their signs.