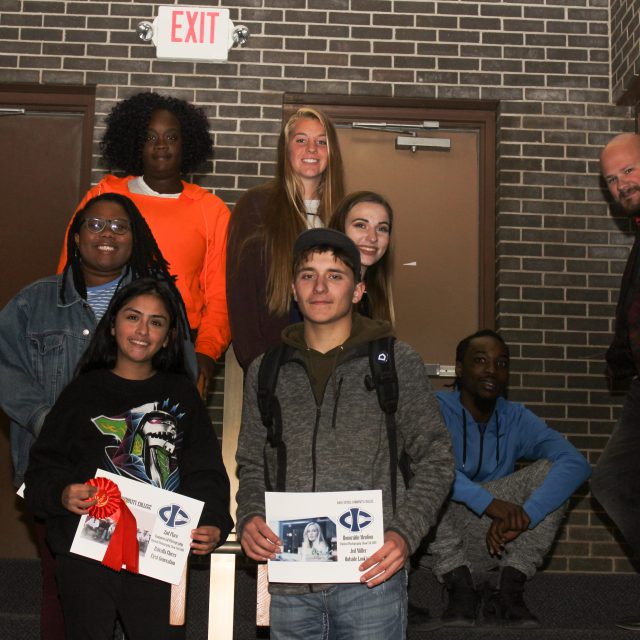 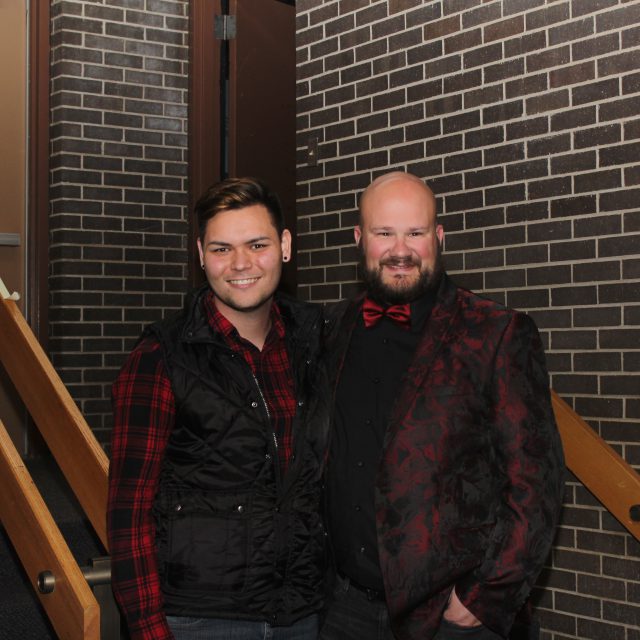 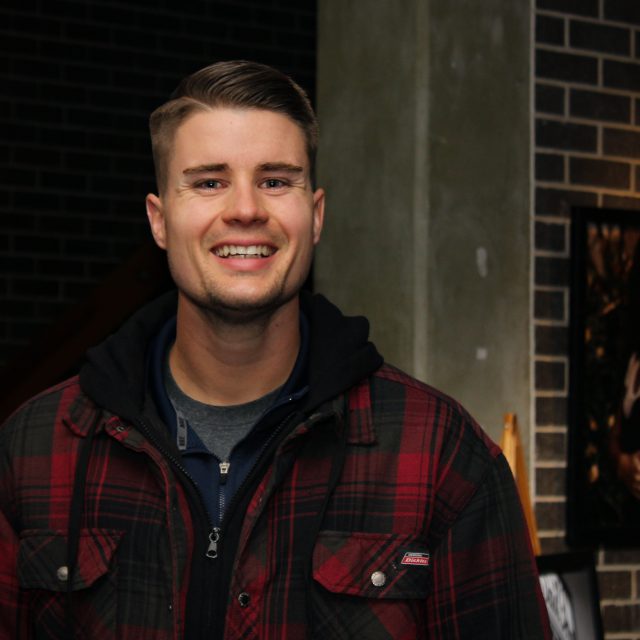 On Thursday, November 15, the photography program had their first show of the year. With images and refreshments, parents, friends, and some local photographers and artists came to see the show. Walking around the reception area of Decker Auditorium, you notice that each photograph has a different meaning. Some photos were for a project, like Karinna Laugen’s. She says, “When I created this image, it was for an assignment for class. My original model didn’t show up, so I asked Evan to model for me last minute. My friend Myk was there with me to make sure that things went smoothly. She had a little girl with her because she was babysitting. After taking a few pictures, she walked right up to Evan and asked for him to hold her. Once he picked her up, I just felt like I had to capture that moment. I don’t really have an emotional connection with my image but I love that so many other people did.” Some, on the other hand, did have an emotional connection with their images. Noah Keolaunai says, “I have an emotional connection with my image because I spent quite a bit of time thinking and working on it. In the end, I feel as though I’ve put myself into these images in some sense.”

Noah and Karinna were two of our award winners. Noah received a $150 scholarship and Karinna received a $100 scholarship. There were a total of nine winners. The judge, Troy Schroeder, said, “All the images are amazing and I’m so proud of the hard work that is hanging up out there.” Even though only nine out of 100 students won an award, everyone had a great time enjoying the company of their friends and family and helping the winners celebrate. Congratulations to everyone who won!