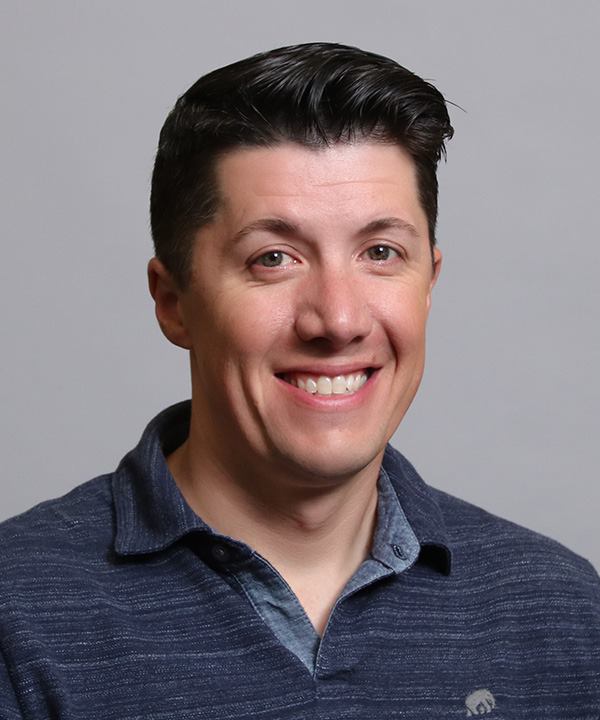 First time teacher, Jacob Zweibohmer, has started his first year at Iowa Central with a full schedule. Teaching six classes, Zweibohmer has already figured out what a successful lesson consists of; to him being how excited the students are about a project. “I think I can tell when I assign a project, I can sense the excitement level from students by how quickly they jump into it and are engaged by it,” he said. “And so, I think that the interaction, the questions that I get from students, I think, shows me that they’re engaged with that project, and I feel like that’s a successful thing.”

Zweibohmer has never taught before until this year, so he is finally getting a feel for what teaching is all about. Photoshop is his favorite class to teach because students can pick up on the concepts easier. “You get instant gratification if you did it right, you see that you did it right and then you can build upon that a lot more quickly,” he said. His other classes include: Basic Multimedia Design, Vector Graphics I, Portfolio I, Layout Design I, and Basic HTML.

As a teacher, Zweibohmer believes his greatest skill is that he can relate to students better through his sense of humor. He likes to joke around and have fun as he came from outside of education. As a designer his greatest skills are through Illustrator. He can visualize a project when he meets with a client or talks to someone about it. “I can visualize the entire thing in my head. And through my experience I have been able to develop the skills where I can knock that out very quickly,” he said.

Before teaching, Zweibohmer has been a professional graphic designer for 18 years and has worked on some big projects for very reputable companies. He started his graphic design career at the Meredith Corporation in Des Moines as a senior graphic designer for Country Home Magazine. Then, after moving to Humboldt, he began working at Heartland Communications in Fort Dodge for two years, where he designed their three monthly publications. He also took a large part in the DNR’s Iowa Conservation to Iowa Outdoors Magazine redesign in 2006. He did a lot of photography and illustrations for it, as well as all the layout. He wanted to keep the magazine fresh, so a year after the launch of the magazine, he redesigned. A year after that, Zweibohmer tweaked it slightly, making it a work in progress through the years. He wanted to keep the readers engaged and interested in what they were producing. From 2006 through 2017, Zweibohmer worked on 64 of its issues.

From 1994 through 1998, Zweibohmer attended Iowa State and majored in Graphic Design. This major was completely different than it is now due to one great invention: the internet. It was only shortly after he started college that the dawn of the internet took place, but even then research for his projects was made in the library, not a computer. It was a long process to obtain information and images to use for assignments without tools like Google Images. “We had to dig through books. Scan them or go take your own photos. But that was pre-digital age too, so if you took photos you had to develop them and then scan them,” he said. “But that’s all we knew, and everybody did the same thing.” His decision to choose a graphic design major was very much influenced by his ability in art. And even though it was a difficult road to learn all the technical stuff that came with it, he’s glad he stuck with it. Zweibohmer said, “I can’t imagine doing anything else.”