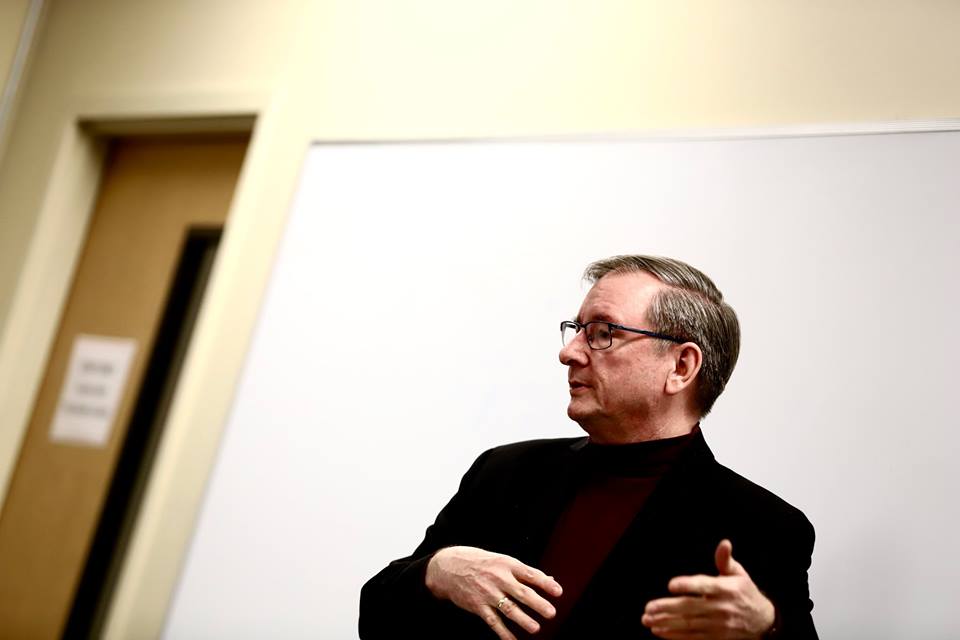 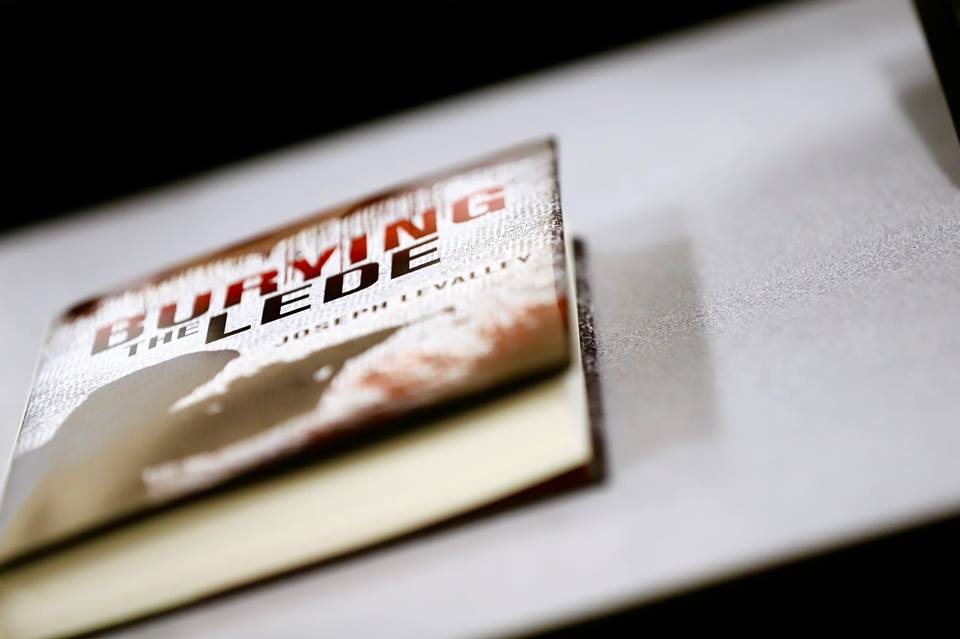 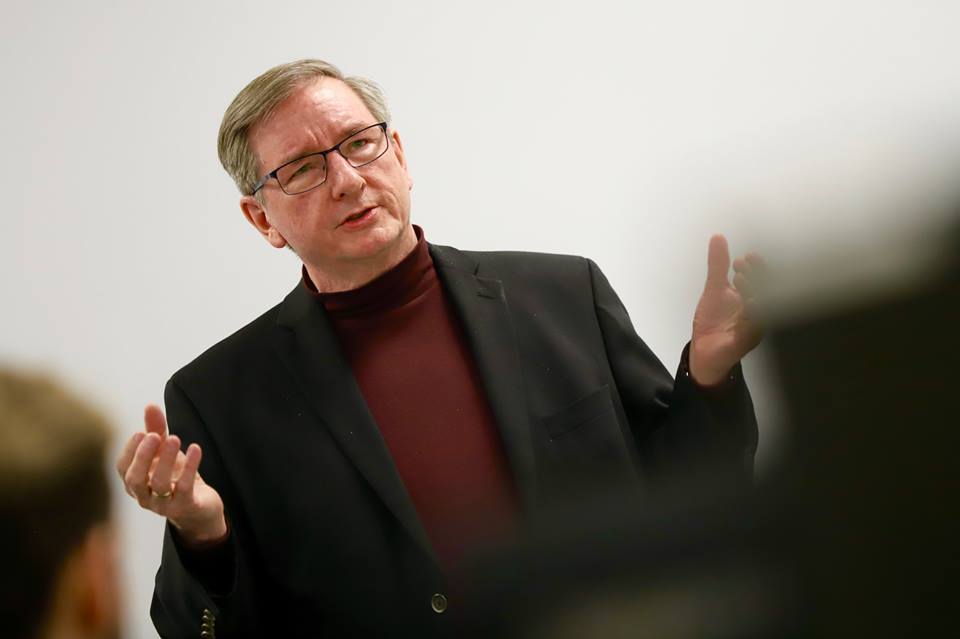 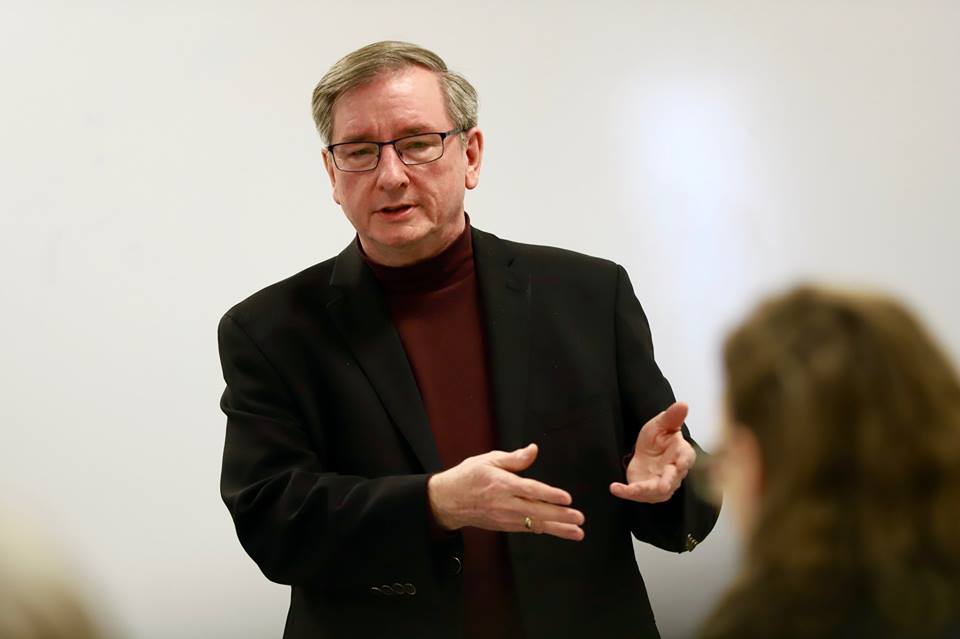 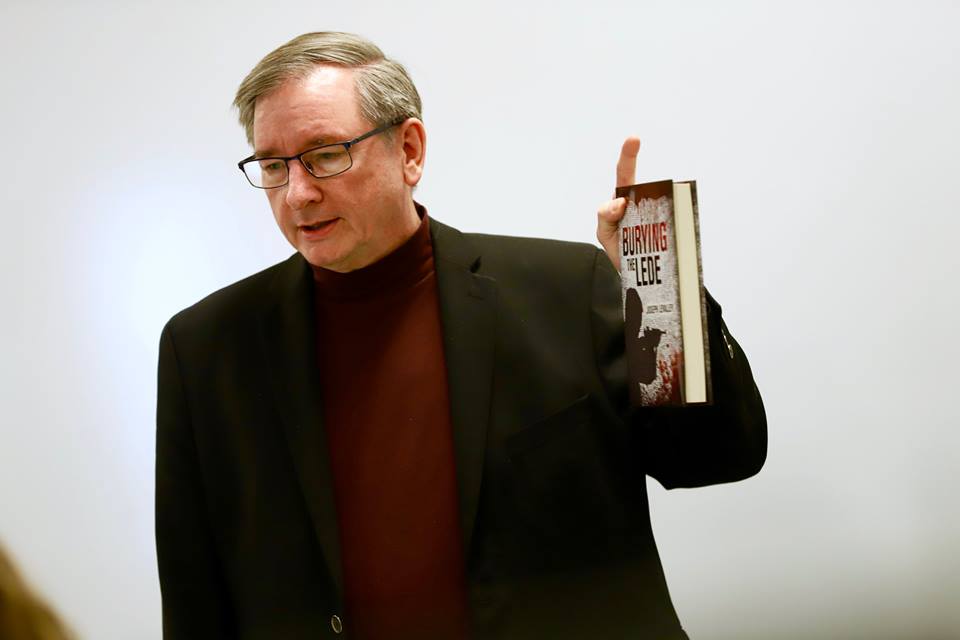 On March 3rd, 2018 the Iowa Central Reading and Writing Center welcomed Joe LeValley, a campus alumni! With a variety of careers under his belt, LeValley shared some insightful tips and experiences with students who are interested in entering the digital mass communications field.

Beginning his journey at Iowa Central, LeValley earned his college degree in Journalism a few short years later. He then went on to work for seven years as a reporter for the newspaper in Mason City, Iowa.

“If there’s one thing that I want students to take from this lecture tonight, I hope it’s that they understand even small town Iowa needs reporters. There is more action here than you think, and you don’t need to travel to far get the excitement that you are seeking.”

LeValley has an impressive amount of experience in a variety of fields. He has had four careers in his lifetime so far. He has worked as a reporter, in health care, dabbled as a musician, and has completed a book as an author. His band, Mourning Glory, was also inducted into the 2016 Iowa Rock and Roll Hall of Fame. He has also successfully written and published his first novel called Burying the Lede. His second book is complete, and his third is in the works.

LeValley had a lot of interesting stories to share with students during his lecture. He shared stories of his time in the court room while working on stories for the newspaper. “I learned two big lessons from the court room,” said LeValley. “I hope that I am never falsely accused of a crime. Secondly, Iowa juries always assume you are guilty. If they are shown evidence they believe it, otherwise they know the court would not be wasting their time.”

He also continued to share his proudest moment during his career. “My proudest moment was receiving letters from attorneys from both sides of this tragic case I covered. They recognized I stayed as objective as possible, and that is such an important quality of a journalist.” said LeValley.

To every student in the Digital Mass Communications program, take the initiative. You will always get more out of the program that way. Be honorable, and intentionally build relationships, because your integrity as a reporter cannot be rebuilt. The best way to build relationships is through fair and accurate coverage. It is our job to preserve traditional media standards, and objective reporting.

As Thomas Jefferson once said, ‘Without a free press, democracy cannot exist.’

Thank you Joe LeValley for taking the time to share your experience with students at Iowa Central! We so appreciate you!

See more about Joe and his new novel, Bury the Lede, at www.josephlevalley.com/index.html