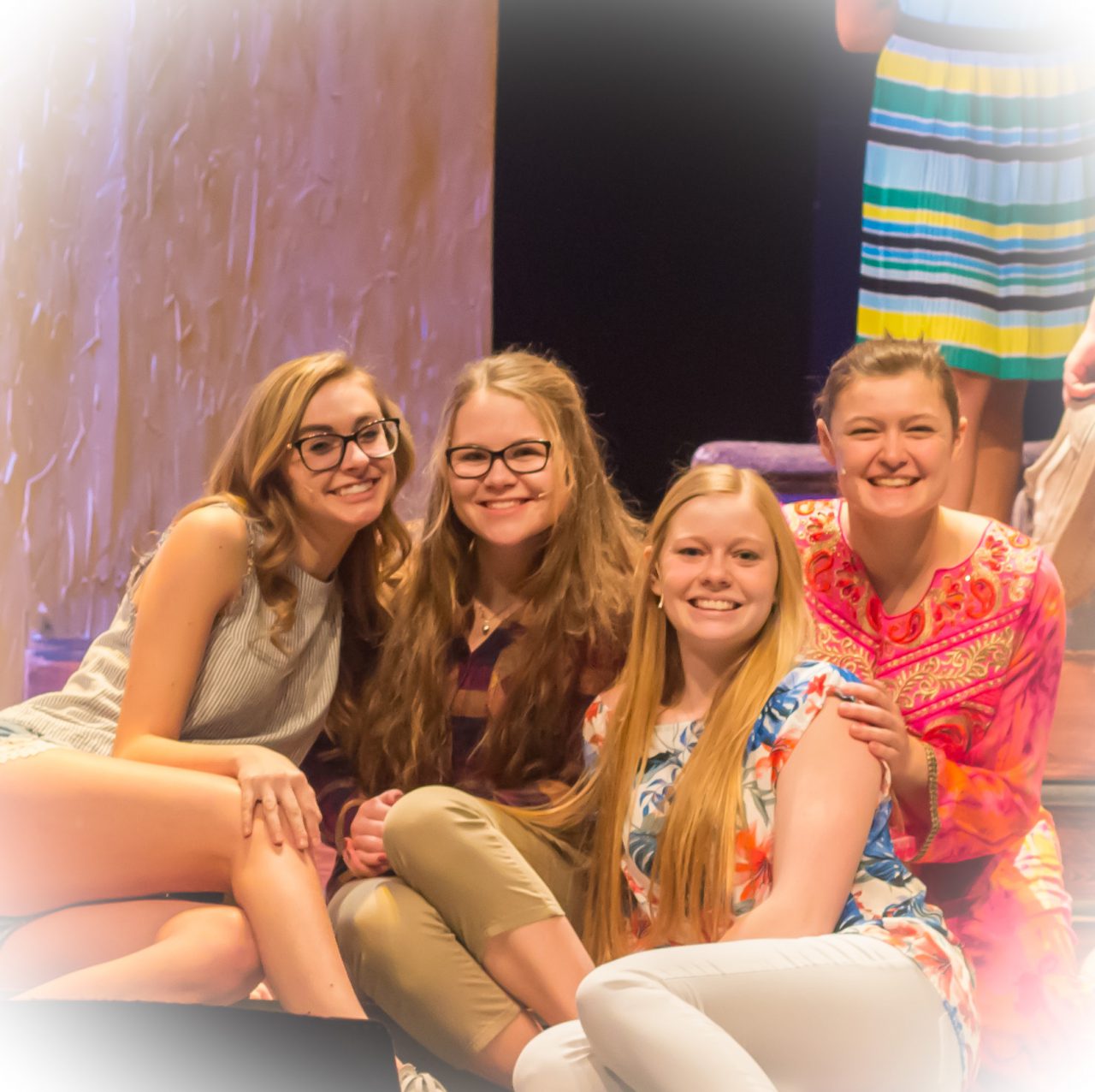 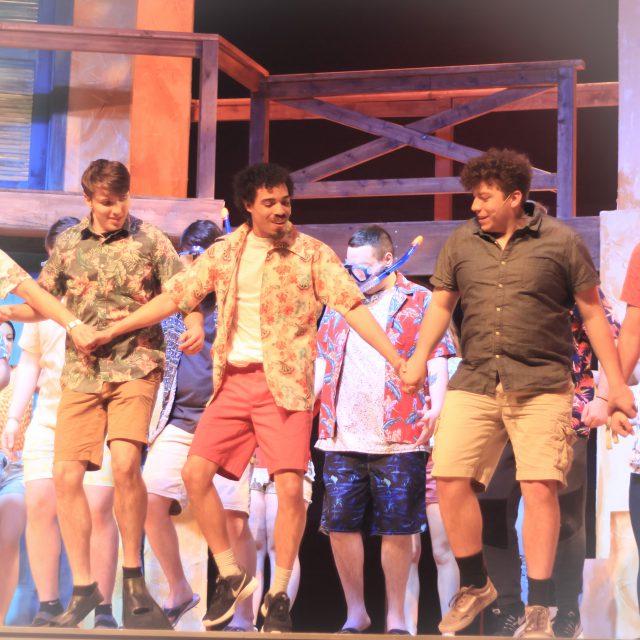 The modern musical brings the warmth and sunshine of a romantic island in the middle of Greece to the snowy Iowa landscape. The story is of a bride-to-be, Sophie Sheridan, who invites the three men her Mother once loved to her wedding in hopes of finding her Father. The events she sets into motion fill the stage with laughter, confusion, friendship and love. Accompanied by “catchy” tunes, lively dances and a colorful stage you’re sure to fall in love with Mamma Mia! once again.

Teresa Jackson found the musical to be “a perfect fit” for the Iowa Central stage and a personal favorite. Specifically, she relates to Donna’s song as the mother of the bride, “Slipping Through My Fingers”. After singing the first few lines she explained how this song reminds her of how quickly her own daughter has grown up.

In the role of the Mother, Anna Ingalls finds that becoming the outspoken character has been challenging and rewarding. “Donna is way more expressive than I am. She is the exact opposite of me.” This hasn’t stopped Anna from enjoying the role and becoming Donna Sheridan. 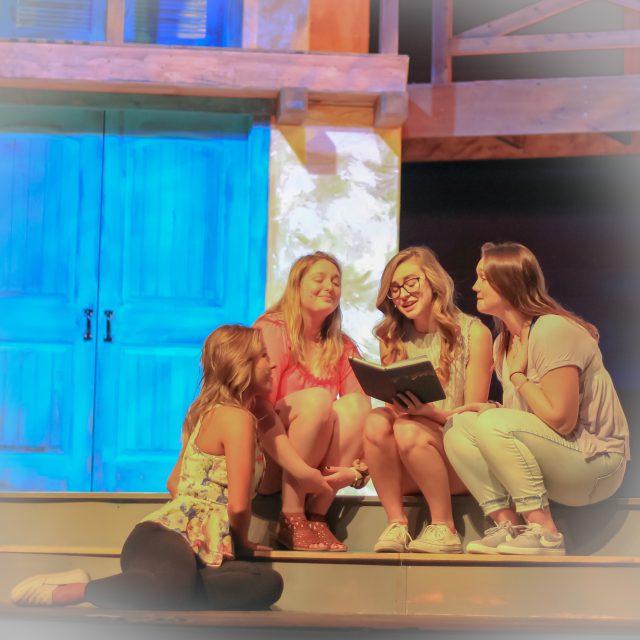 When asked who he thinks the Dad should be, Natthanial (Harry), says “It should be me! I always wanted a daughter.”

In the meantime, Bentz (Bill) says it’s just fun to dance like a Dad in the show. Dart feels he has incorporated parts of himself into Sam, or is it the other way around?

Only the show will tell who the identity of Sophie’s Dad will be.

During an interview with Brooklin Border about her role as Sophie, she said “This was all I ever wanted in my life. My dream role was to play Sophie in Mamma Mia, and I’m doing it.”

Many of the other cast members feel the same way. Jamison Gibson, the “groom-to-be”, says “I can’t pick one thing I like about Mamma Mia! I like everything.”

The cast, comprised entirely of Iowa Central Community College students, promises to produce a fantastic show. The cast is supported by a talented pit band led by Paul Bloomquist and a dedicated backstage crew. The technical team includes John Kastendieck as set designer, Scott Deuel as technical coordinator, Ashley Gaarst as lighting designer, and Andy Anderson as sound designer. Costumes were made possible through a combined effort of Nancy Wood, Party Productions, and Rae Lynn Larson. 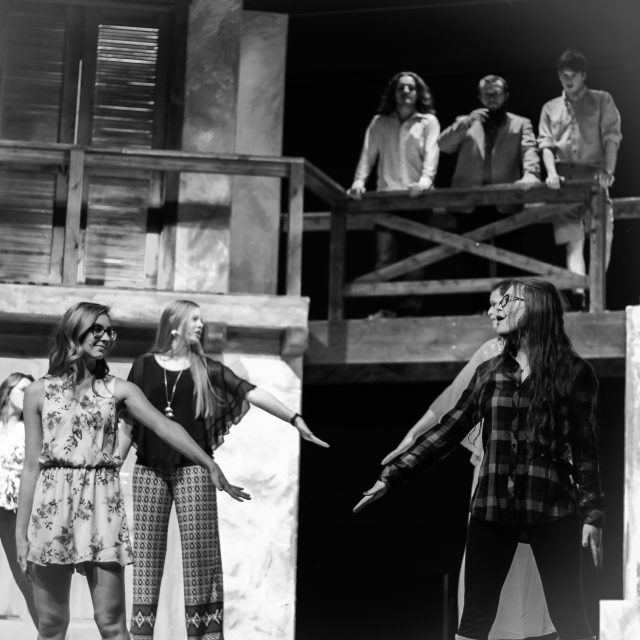 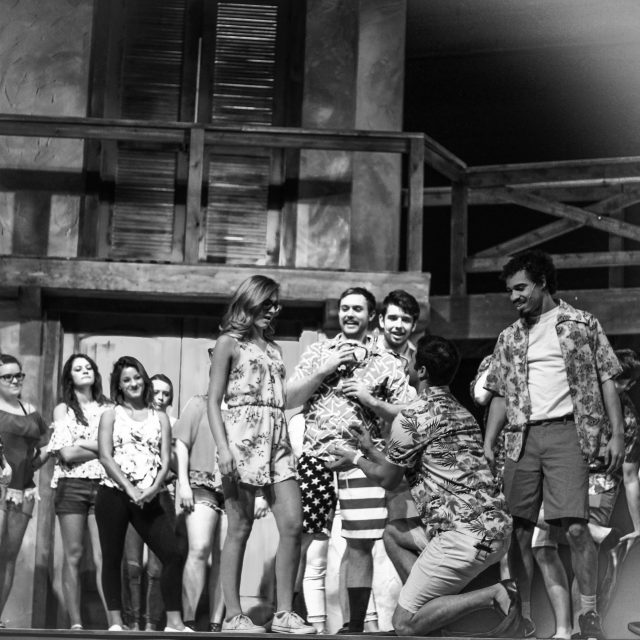 With a first hand look at the show, I can tell you, this is one musical you don’t want to miss! Mamma Mia…here we go again!

Limited seating is available, and several shows are almost sold out. Tickets are available for each nightly 7pm showing through the Iowa Central Bookstore, online at https://bit.ly/2BZmv1T, or by calling (515) 574-1081.

nextChase Away the Dull Days