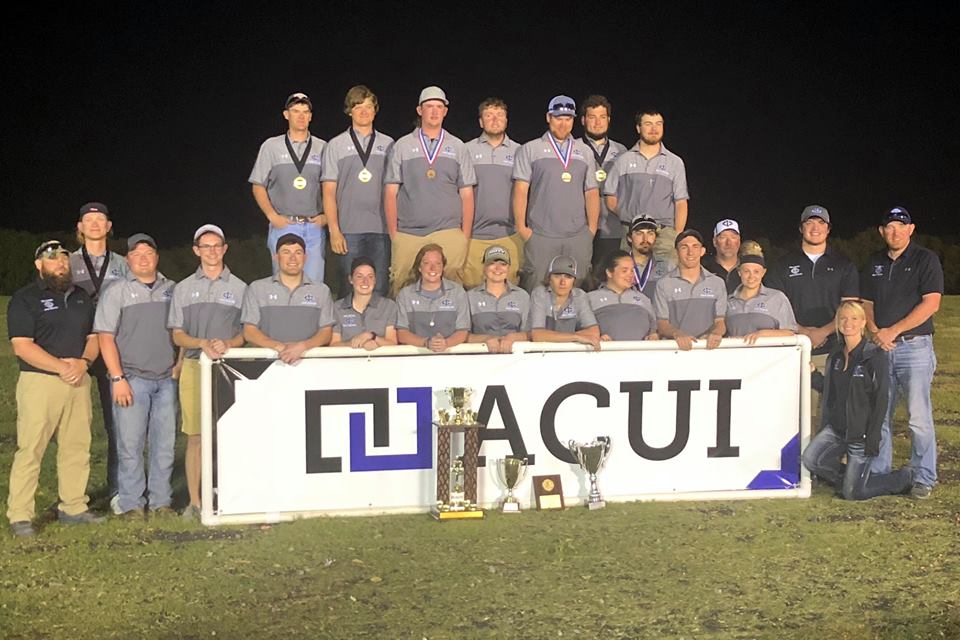 On April 1st, the Iowa Central Sports Shooting team returned from the ACUI Collegiate Clay Target Championships. The event was held in San Antonio, Texas, where the team successfully defended their national title in American Trap, scoring 492 out of a possible 500. In addition to this victory, the team earned 3rd place in International Trap, with a score of 259 out of a possible 300. Not only was the team triumphant in these respects, but individual representatives of Iowa Central shone as well at this competition.

The team saw similar success in International Trap, despite having little preparation for this event. In fact, most of the team only learned about it the day before the competition, as Iowa Central lacks the facilities close enough to practice. Despite this adversity, the Sports Shooting team pulled off a 3rd place achievement. Lane Dundee led the team with a score of 87, while his teammates Kaden Waack and Clinton Manning trailed close behind with matching scores of 86.

Another Iowa Central student earning an individual title alongside Taylor Nelson was Ty Haugen. Haugen earned 4th place out of 190 shooters in Class A for American Trap, earning a score of 99.

Coach Joe Tuel claimed, “They not only showed their sportsmanship on the shooting fields, but they represented Iowa Central very well outside of the shooting facility. Our coaching staff is incredibly proud of their accomplishments!” It is clear through their achievements that the team has worked very hard to be where they are today, demonstrating consistent sportsmanship and merit throughout . We hope to see continued success in following years.