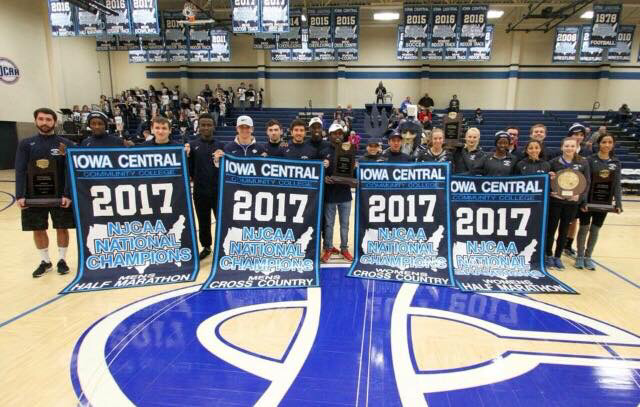 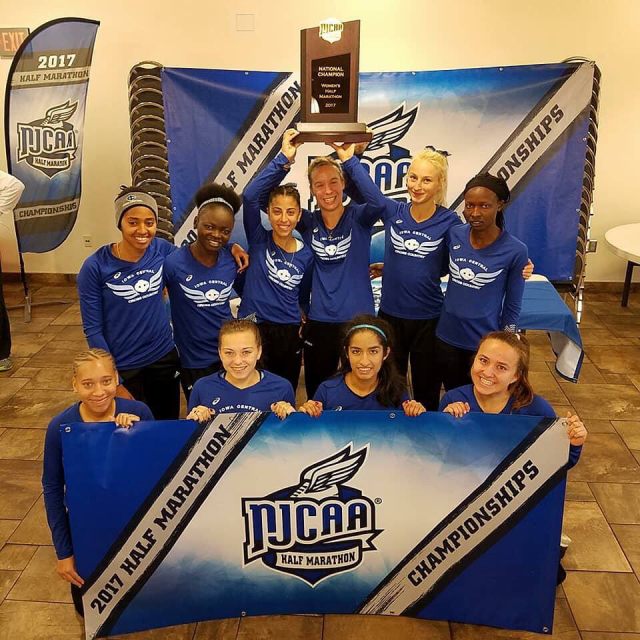 On Nov. 11 2017 the Junior college cross country nationals took place in Fort Dodge, Iowa. Located at lakeside golf course the Iowa Central cross-country team hosted again, after previously hosting two years prior. The Triton’s goal for every year has been to get both men and women on to the first place spot on the podium. Unfortunately that had never occurred, until now. The men scored a close record, breaking the score of 65 compared to the runner up, from central Arizona coming in second with 112 points. As for the women’s winning score, who came in with an even lower score of 52 points which was the third lowest score recorded history ahead of Central Arizona with 135 points.

The Triton’s men and women had the home field advantage and made history with their national title. Head coach Dee Brown said, “I knew our teams were good and had a good chance to win, but I think the cold temperatures gave us a small assist as well. A combination of that, the home course and crowd and the determination of our two squads made this day really special.”

The Iowa Central men’s team claimed its third national championship in the last four years.  The Tritons, as a team, led the way at each half mile. Ezekiel Kipchirchir led the race from the 3.5-mile mark until the 4.5 checkpoint. In the final half-mile to Kipchirchir came in for the win of the individual title. Karim Achengli (24:51.6) crossed the line in 3rd . Jhordan Ccope finished 15th overall with a time of 25:34.5. Josh Jacques (25:48.2) and Gemechu Meskele (26:02.3) rounded out the Triton scoring with finishes of 18th and 27th to equate to the team score of 65 points. Innocent Murwanashyaka (26:07.3) and Mark Whalen (27:22.6) finished in 30th  and 114th respectively.

Coach Brown said, “Our men got out hard from the gun, they were highly motivated to regain that title.  Even though our #3-#6 guys had some health concerns, they really fought hard and stepped up for each other. That’s the great thing about this team, if one guy isn’t having a great race, somebody else will jump in and help them out,” said Brown.

The Iowa Central women added another national championship to their cross-country trophies.  The win marks the sixth time in ten years the Tritons have lifted the trophy at the NJCAA Cross Country Championships. Freshman Adva Cohen made a repeat of the Region XI Championships two weeks before where she ran 17:24. Cohen becomes the third person in Iowa Central history to receive the fourth place overall individual champion. As for the women all five of the Tritons’s scoring runners finished 17th or better. Marion Bartilol finished fifth at 18:03.0. Aaliyah Regg Wajid (18:37.3), Agnes Mansaray (18:47.7), and Abeba Sullivan (18:49.0) rounded out the Iowa Central scoring with places of 13th, 16th, and 17th for a combined team score of 52 points. Marta Lukjaniuk (18:58.1) and Katy Pfile (19:03.8) finished in 24th and 28th respectively, and both places would’ve still been high enough to secure a Triton win if they had been used in the point scoring.

Coach Brown said,“I couldn’t be more proud of this team, not just the athletes that competed today. The 2017 squad is a great group of individuals. Winning two national titles on our home course is a dream come true. This double-win is as much a victory for the 2017 teams as it is for those other squads and all other Triton Cross Country teams that have come before us.” The Iowa Central Cross Country team, 2017 would prove to be the year for the Tritons, as Iowa Central won both the men and women National Championships.