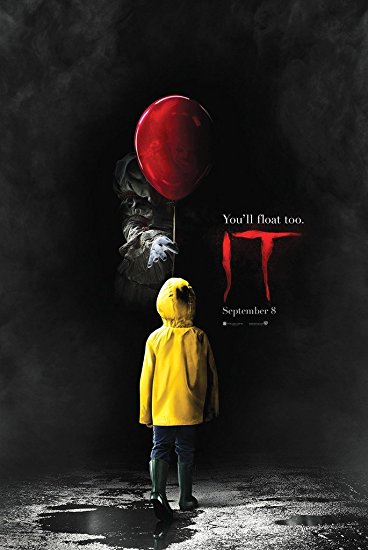 Just in time for Halloween, It is an upgrade of the classic Stephen King story and film released originally in 1990. Directed by Andy Muschietti, the film retells the tale of a shapeshifting demon that takes the form of a clown to kill innocent children. Set in the 1980s in the small town of Derry, the Rated R movie follows a group of misfit kids who join forces in order to defeat the evil that has swallowed their town.

Opening to the infamous scene of young Georgie and the clown Pennywise in the storm drain, the film has continuous homages to the original flick, only this time, each scene pushes the envelope in new and disturbing twists. What was shocking in 1990 no longer has the same effect, and the writers certainly took this into account as they embarked on this ambitious project. Complete with creepy scares, reckless adventure, raucous comedy, and yes, even a hint of romance, it’s no wonder this movie grossed over 100 million dollars within its first weekend in theaters. Audience members who adored the first saga will find something to like about this new spin on a renowned cult classic.

What I liked about this movie was its relentless mystery and quick-paced storytelling. The imaginative world of Stephen King is shaped into reality with stunning backgrounds, likable characters, and startling special effects. With phenomenal casting, comfortable budget, and the remarkable storytelling basis of Stephen King, this film is one that I was not only happy to watch, but would certainly watch again and enjoy it just as much. I give the film eight stars out of ten; there was plenty to like in this movie; but I found myself unbothered by the horror scenes. However, that does not change the fact that it was a fantastic film that had me captivated and guessing throughout its entirety.